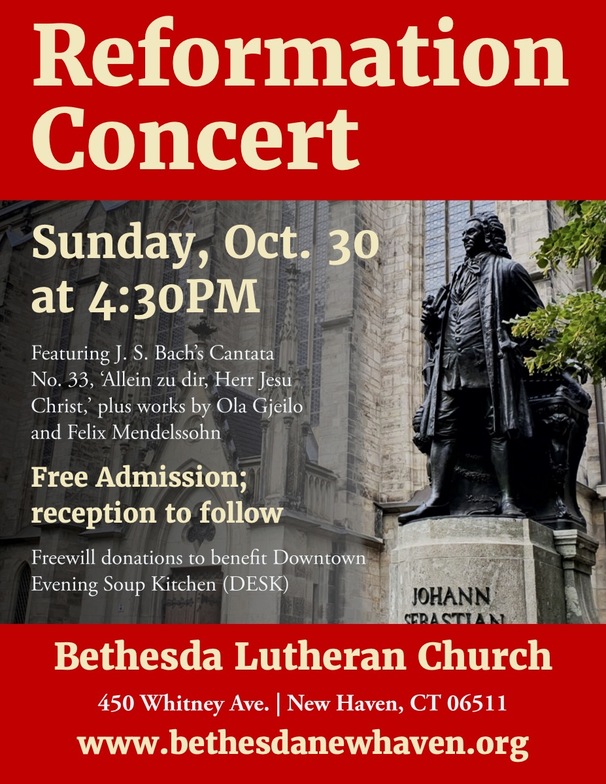 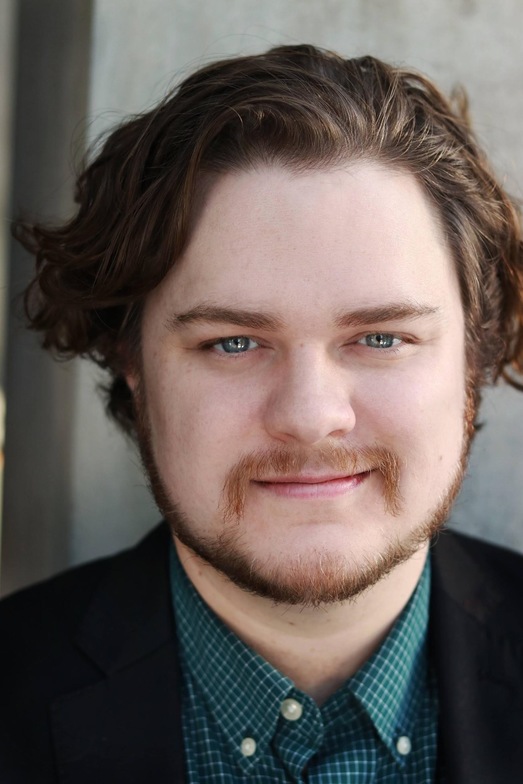 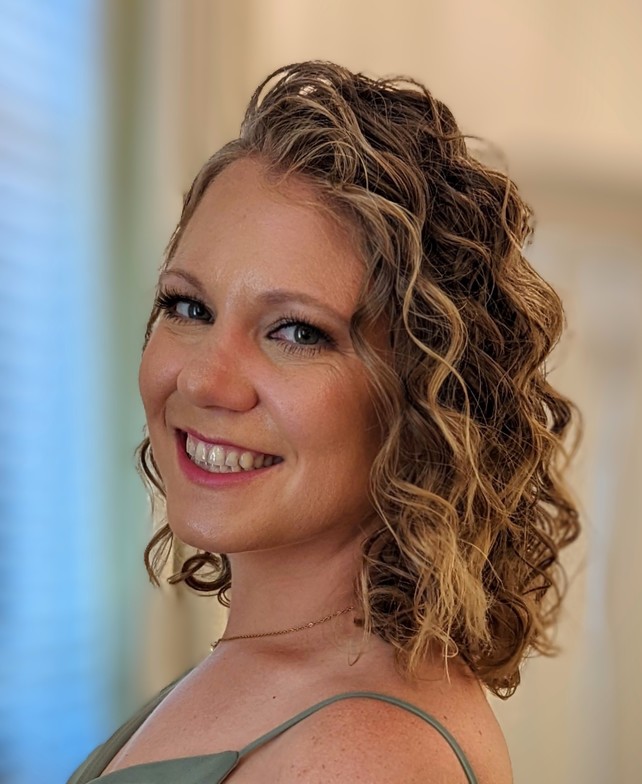 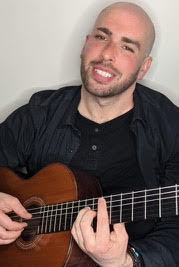 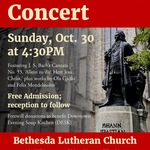 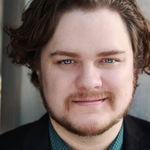 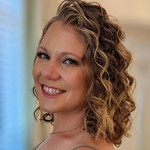 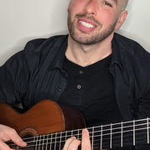 ‘Alone towards you, Lord Jesus Christ‘ - Text and translation

Hymn - ‘A Mighty Fortress is Our God’

‘Heaven and earth are full of your glory’ - Learn more

Kayla Cook has been singing since she could talk and has been part of various school and community choirs as well as singing as a cantor and section leader in churches throughout her life. She graduated from SUNY Fredonia with a bachelor's degree in music and has been fortunate to keep music in her life since then. Presently, Kayla is the soprano section leader at the First Presbyterian Church of Fairfield in Fairfield, CT and sings with the Royal Court Singers caroling group during the month of December at the Griswold Inn in Essex, CT. When she isn't singing, Kayla works as a farmer at Massaro Community Farm in Woodbridge, CT where she has been for 6 years. She enjoys being able to get her hands in the dirt and give back to her community. Kayla is excited to be singing with the Bethesda Choir and thanks them for this opportunity!

American tenor Patrick McGill is hailed as having “clear, round intonation” and a “glorious sound” (Chronicle Journal). A recent graduate of the Yale University Voxtet program, McGill has performed in many major concert halls across North America including The Montreal Symphony House, Salle Bourgie, Salle Wilfrid-Pelletier, The National Arts Center, Palais Montcalm, Symphony Hall, and Carnegie Hall. He has also been fortunate to sing at some of the most prestigious summer festivals in the United States and Canada including as a fellow at The Tanglewood Music Center and at Banff Centre for Arts and Creativity. Although his focus has been on early music, McGill’s performance career has encompassed opera, art song, oratorio, and chamber music as well. Past performances include Lurcanio in Handel’s Ariodante, Candide in Bernstein’s Candide, Normanno in Donizetti’s Lucia di Lammermoor, tenor soloist in Handel’s Messiah and Israel in Egypt, Torquemada in Maurice Ravel’s L’heure espagnole, and Gabriel von Eisenstein in Johann Strauss II’s Die Fledermaus. Outside of performance Patrick teaches private voice lessons at a variety of schools across Connecticut including Neighborhood Music School, Rising Stars Academy, and Yale University. McGill also teaches music theory to high school students, offering four classes per year from beginner to advanced music theory/aural skills and tutored graduate students at The Yale School of Music during his time as a teaching assistant for Harmony and Analysis 500. He is thrilled to be joining the very talented staff at Wilton Conservatory this fall!

Alexander Patrie is a teacher, vocalist, and multi-instrumentalist who holds a B.M. in Classical Vocal Performance from Western Connecticut State University. He is an avid performer and instructor of disciplines in voice, piano, and composition having performed as a vocal soloist specializing in Baroque oratorio throughout the New England Region. Patrie has participated in numerous engagements as a vocalist including several appearances with the Norwalk Symphony Orchestra, The Hartford Symphony Orchestra, CONCORA, and Worcester Symphony among others. His teaching career and skills span a variety of disciplines: Patrie is currently an early childhood music instructor and preschool music teacher at the Neighborhood Music School in New Haven, CT. As a conductor, Patrie has led ensembles in a variety of settings including Western Connecticut State University, Hartford Opera Theatre, and Madison Lyric Stage. He is also a passionate songwriter and producer. In April 2021, Patrie’s composition Shame was chosen by Carnegie Hall to be featured as part of their “In Response” music festival which presented artistic reflections from the Pandemic of 2020. He is a keen data engineer as well, using the Python programming language as his primary tool and has developed an application called “Student Need Navigator” that uses Artificial Intelligence and Natural Language Processing to provide robust aid in lesson planning and more to educators.